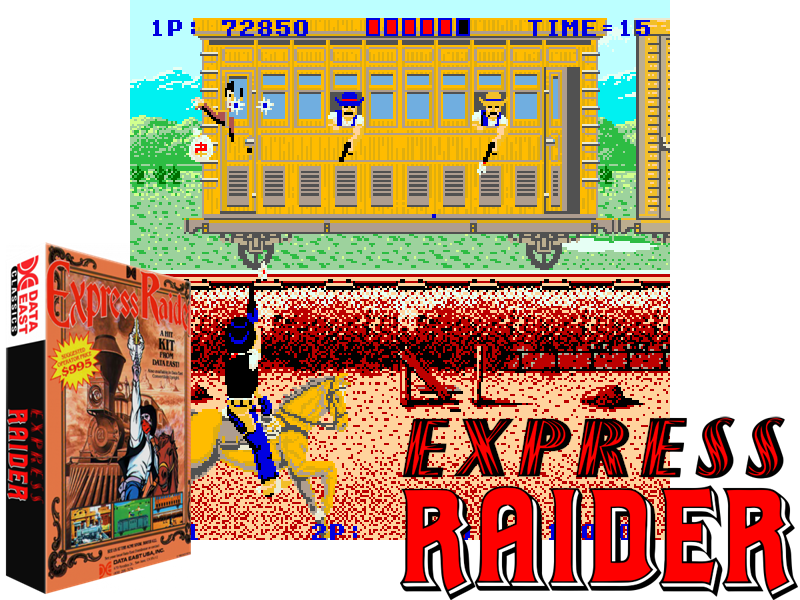 The wild west-themed Express Raider is separated into two different game types; a sideways scrolling fighting sequence and a shooting sequence. The player controls a train robber, or 'Express Raider', and must try to steal the bags of money from the moving locomotives. During the fighting sequence, the Raider must fight the bank teller, hit the coyotes and then jump onto the train before it speeds away. Once on the train, he must fight his way past other enemies and avoid various projectiles, such as bottles, bullets and shovels full of coal. Players must be careful to duck under the low signs that come along as the train is travelling. Also, once a train carriage is clear of enemies, a bomb will appear between the current carriage and the next; players must quickly jump over to the next carriage before the bomb goes off, otherwise the Raider will fall from the train and a life is lost. If the Express Raider manages to reach the train engine, the loot will be captured and the game will then move on to the shooting sequence. In the shooting sequence, the Express Raider rides a horse and must shoot at the enemies that appear from the windows of a train carriage. They will shoot back at the player and throw various objects. Players can hit the DUCK button to avoid the enemy attacks. A woman will appear at regular intervals offering the player a bag of money, if the player shoots the woman, a life is lost. After the shooting sequence has been completed, the game will start over again with an increased level of difficulty. 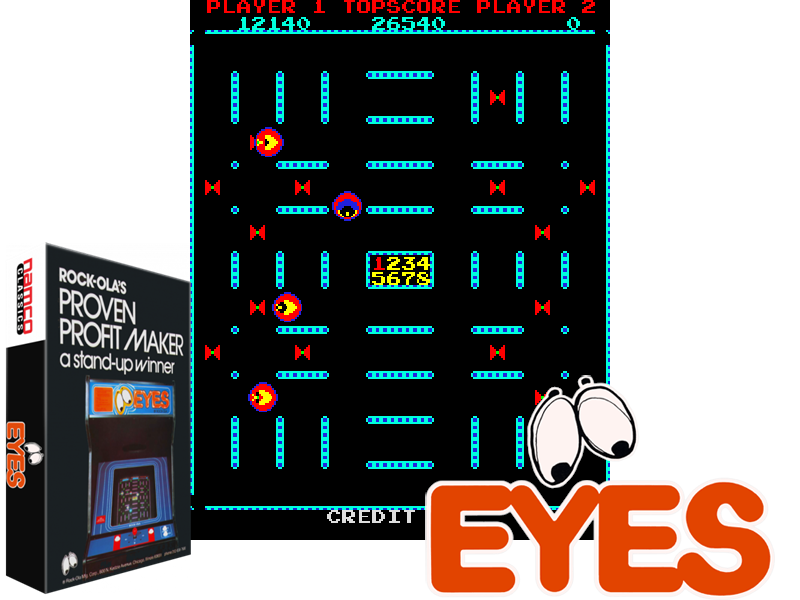 The player controls a hat-wearing eyeball in a maze. As in Pac-Man, the goal is to collect all of the dots to advance to next level, but in Eyes you shoot the dots rather than eat them. Computer-controlled eyes chase and shoot at the player. Shooting a computer eye gives points and removes it from the level, but it will reappear a short time later. Being shot by a computer eye is fatal. As the game progresses, more computer eyes are added to levels and they take less time to shoot at the player. They also move faster.