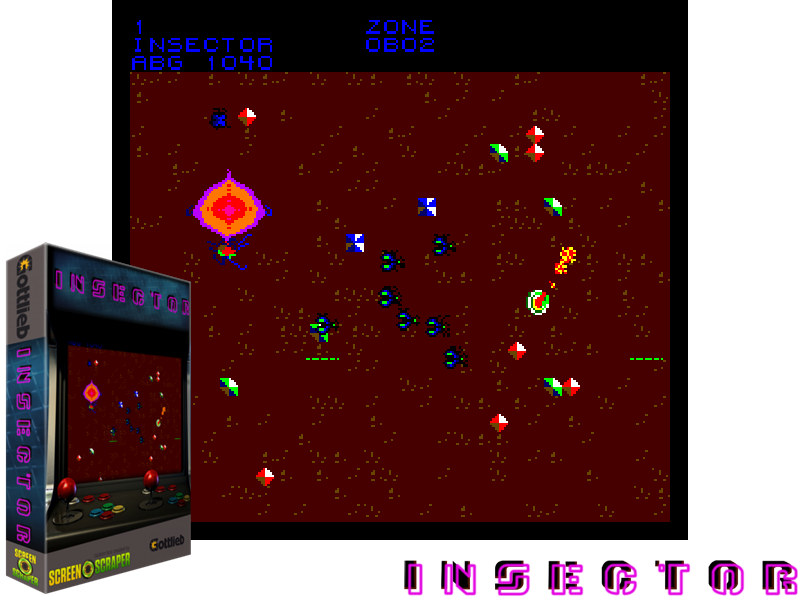 You are a can of bug spray. Collect the jewels on the screen and destroy all the bugs. 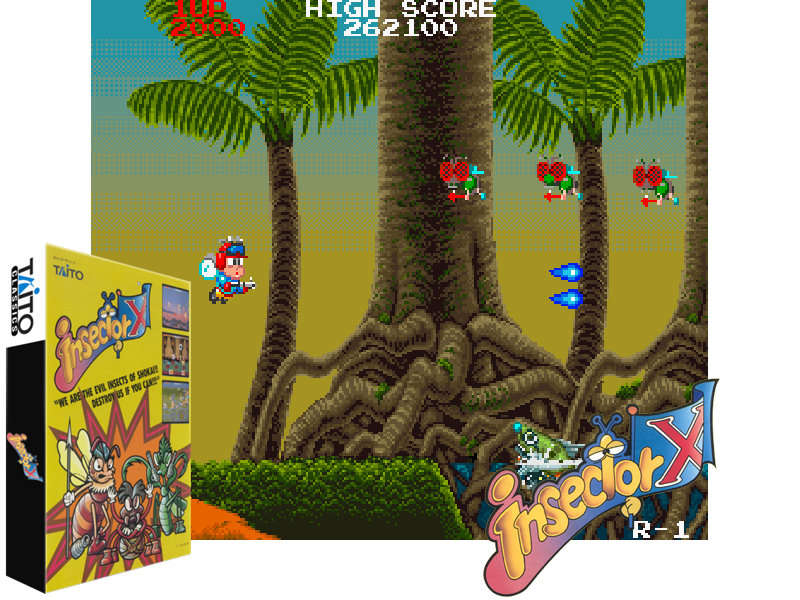 Battle against the insect army with your special insecticide weapons. The Burgoid, a tribe of midgets with dreams of conquest, have turned insects into cyborgs and formed them into a vast army which is now on the move and intending to invade planet Earth! To wipe out these mega-insects - which are invulnerable to ordinary weapons - humans have created an insect-sized warrior called Yanmer. The warrior wears a suit, giving him special powers and wings that are more efficient than a jet engine. You are Yanmer, and your mission is to destroy the Burgoid Monarch and save mankind from disaster! 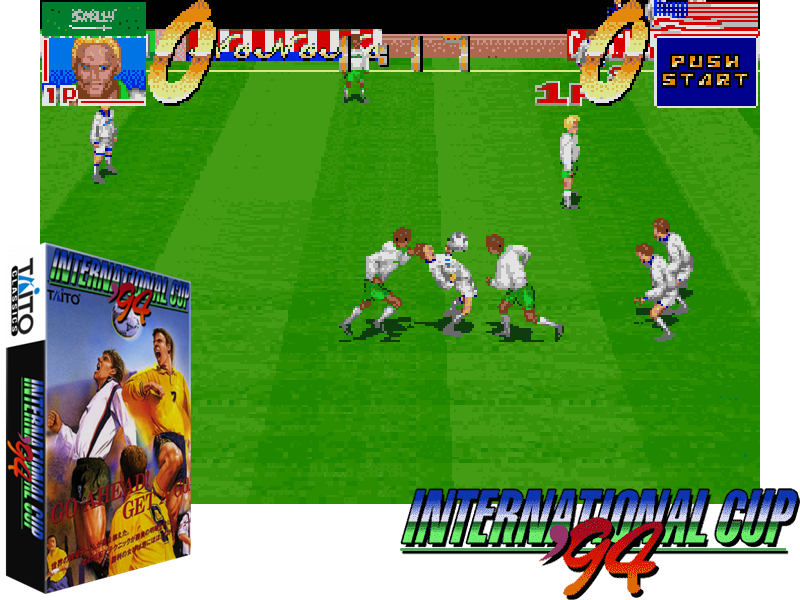 The player assumes the role of a green-haired boxer, who must fight his way through six increasingly larger-than-life boxers to earn the title of 'Champ' in this superb 1-on-1 fighting game. During matches, the player's boxer is viewed from behind as a wire-frame (so the player's opponent can be seen). Players must time their punches, dodges and blocks in order to defeat the opposing boxer. The player's opponents are each rendered as humorous cartoon-like caricatures - adding much to the game's atmosphere - and each boxer fights in a slightly different style, forcing players to adapt to their strategy. The top monitor is used for statistics while the bottom one is used to display the actual fight. 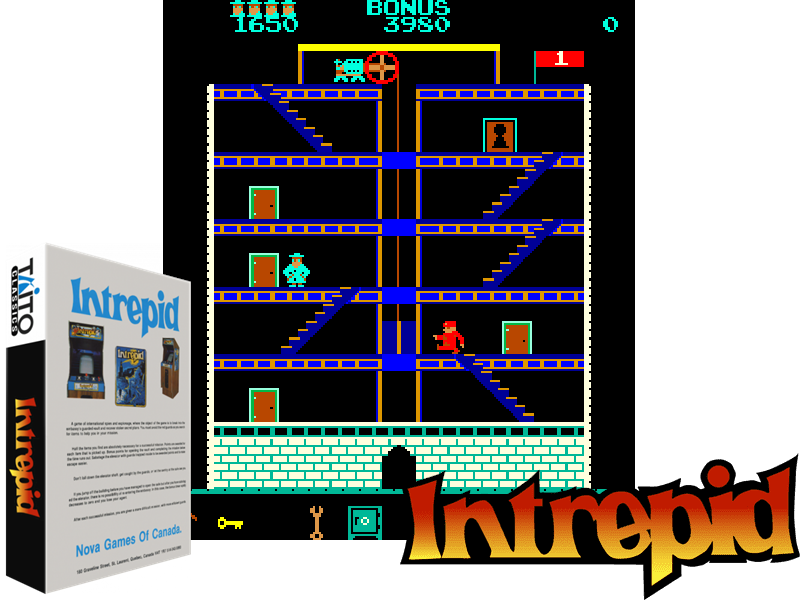 Intrepid © 1983 Nova Games. Intrepid is a game in which the player must use a 4-way joystick to take up control of a secret agent Intrepid whose objective is to enter an embassy, find and retrieve a secret plan, then escape as fast as he can. There are eight items that Spy 001 must find by looking around the rooms these doors lead to which are all worth 300 points when collected: a key (which unlocks the locked door on the fourth floor), a combination (which is needed to open the locked safe), an ID card (which allows Spy 001 to bypass the embassy's security systems without electrocution), a disguise (this allows Spy 001 to bypass the sentry, without getting recognized), an umbrella (which allows Spy 001 to jump off the embassy roof without falling to his death), a wrench (which is to sabotage the elevator, and trap the guards at the bottom of its shaft), a map (which shows the locations of the remaining items) and a pair of running shoes (which allow Spy 001 to move faster). If Spy 001 should fall down the elevator shaft, get caught by the guards, or get recognized by the sentry at the safe, he'll lose a life. If he should jump off the roof before he's opened the safe (but after he's sabotaged the elevator), it is physically impossible for him to reenter the embassy. Should this happen, the bonus timer shall immediately decrease to 0 and cost him a life. Once Spy 001 accomplishes his mission, he'll proceed to his next mission which has more guards. 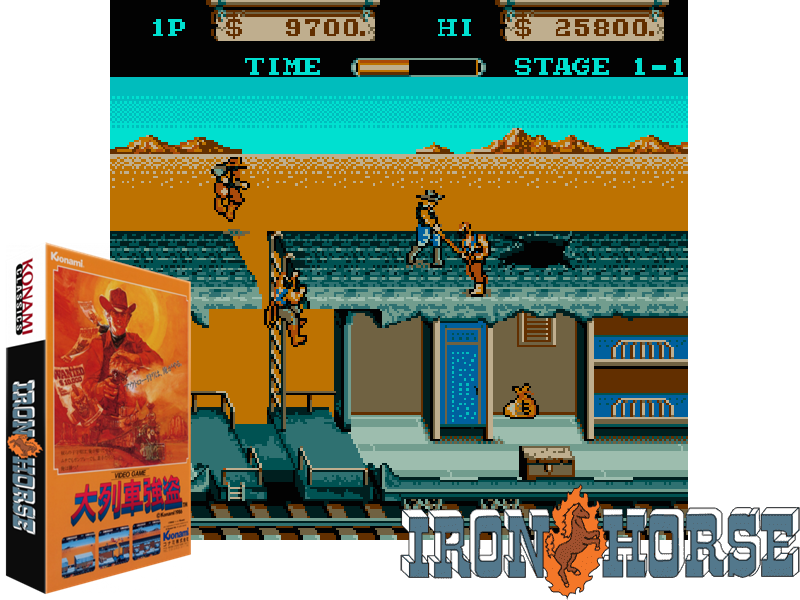 Iron Horse is a horizontally-scrolling platform run 'n' gun game set in the Wild West in which the player takes on the role of a train-robber. The cowboy can use either his fists, pistols or a whip and must work his way along a moving train, killing enemy cowboys and collecting money bags. The action takes place either inside a moving train or on its rooftop, with ladders allowing players to move between the two. Player and enemy movement is on three planes and players can duck to both avoid enemy fire and shoot crouching enemies. The weapon option the player chooses at the start of the games significantly alters the way it plays, with weapons arranged by ease of use. The three weapons and their qualities are: The whip has good range and can knock out several enemies at once, making it the ideal beginner's pick. The pistol fires bullets that have longer reach and is the only weapon that can be used while still running, but each bullet can kill only a single enemy. Fists have the shortest range but can lay out several enemies in one punch with a domino effect. Double points are awarded for each hit. In addition to the main weapons, sub-weapons can be collected by killing special, box-carrying enemies. Lanterns create a wave of fire which burns enemies to cinders, bombs destroy everything within a ten-foot radius and lassos tie up enemy varmints. 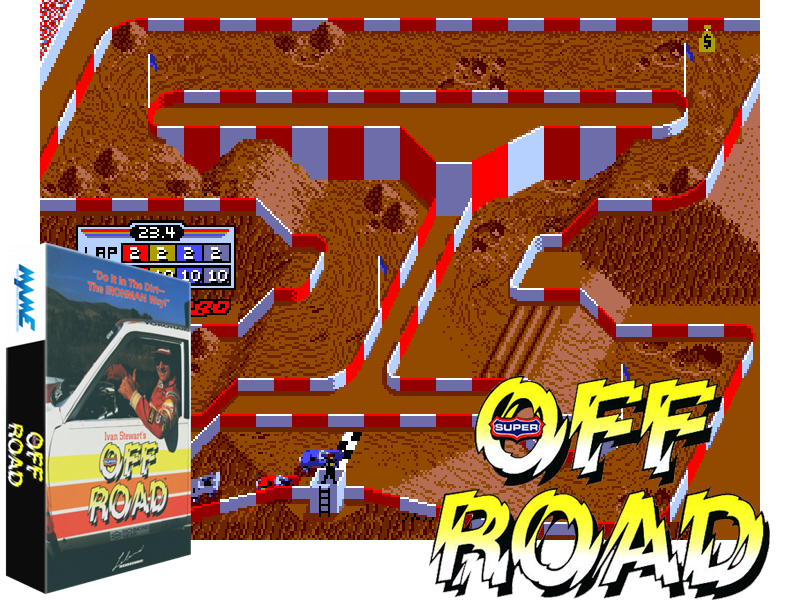 In his never ending quest for adventure and excitement, man invented off-road racing. These races were then brought before the masses by converting huge sports stadiums into dirt and mud obstacle courses in which off-road 'Ironmen' battled for top honors. Now the Leland Corporation brings this fast moving, hard driving sport to the video game arena. Ironman Ivan Stewart's Super Off-Road is stadium off-road racing at it's best. One to three players are asked to test their dirt track skills against the best dirt truck driver in the world. Contestants compete on eight different tracks with a total of 16 configurations and these courses are packed with enough jumps, bumps, hills, and holes to challenge even the most skillful driver. Winning drivers earn 'cash' prizes, and use this 'cash' to 'buff out' their machines. At the end of each race, players take their trucks to the 'Speed Shop' to buy better shocks, tires, engines, and higher top speed. They can also buy nitro packs to help them blast over the jumps and through the mud. The 'Convert-a-Credit' feature allows drivers to add to their winnings by using credits as 'cash'. Each additional quarter, when converted, becomes $200,000 in game 'cash' and this additional 'cash' may be used for purchases in the 'Speed Shop'.