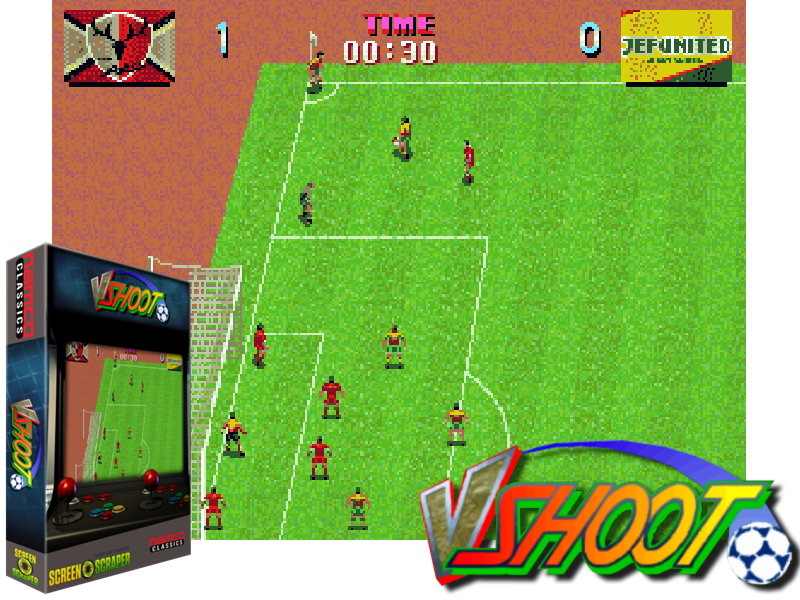 A soccer game featuring the top league teams of Japan.

J.J. Squawkers is a scrolling run 'n' gun platform shoot-em-up for one or two players in which several residents from the peaceful village of Pistachio have been kidnapped. Most of the remaining villagers have fallen under a mysterious spell, making them violent. Players take on the roles of two ducks called 'Ani Karasukun' and 'Ototo Karasukun' who set out to defeat the enemy minions and restore peace to their village. The ducks can fire projectiles to defeat the abstract enemies they face, with their default weapon being tomatoes. Other weapons - as well as bonus and health power-ups - become available when certain enemies are killed. Available weapons include pumpkins, watermelon seeds, screws and slinkys wearing red sneakers. Each weapon has different strengths and weaknesses; for example the slinkys simply walk in a straight line until they either meet obstacles or the edge of screen, making it easy to deal with enemies from a distance. On the other hand, watermelon seeds can only be thrown a short distance but several are thrown at once. This effectively gives players a 'spread shot' and is more effective when multiple enemies are attacking from several directions at once. J.J. Squawkers consists of five stages with a powerful end-of-level guardian waiting at the end of each. 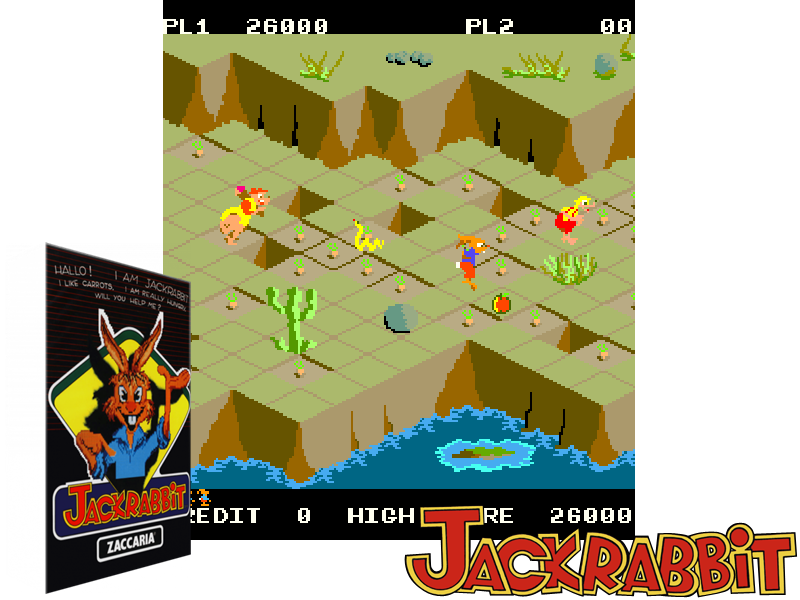 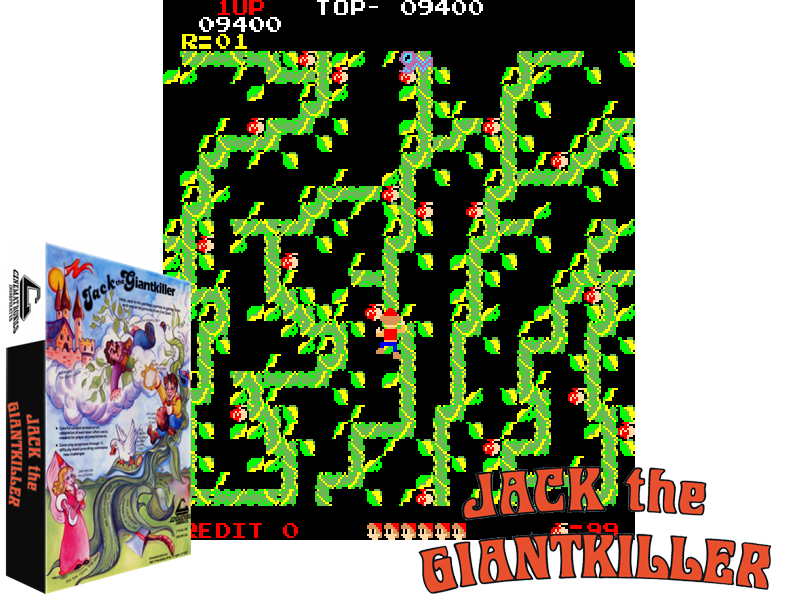 This game plays a lot like "Donkey Kong" except that the controls are not quite as smooth. There are 5 screens to master if you want to help Jack in his mission. You do not get to play each screen at first, they are added on as you progress through the game. The first time through the game skips from screen 1 right to screen 4. The 1st screen is fairly simple, you just have to climb to the top of the beanstalk. There are a few enemies, but they can be defeated by simply tossing beans at them. You can find the beans scattered all around the stalk, and picking one up adds one to your ammunition count (or two, depending on the dip switch settings). In the 2nd screen, Jack manuevers through the clouds and attempts to cross the drawbridge into the castle, but lions and birds stand in his way. The 3rd screen has Jack climbing the castle stairway in a scene that was obviously inspired by "Donkey Kong". Avoid the cat and the mouse and you can make it to the top. On the 4th screen you have to jump from platform to platform until you reach the giant's lair. There will be several treasures, grab the flashing one and try to make your escape. The 5th screen is the first one again, except that this time you are climbing down the beanstalk, and you have falling rocks to dodge, and the giant himself may even be after you (that one depends on the level). After making it back to your house you get to watch a little intermission before going after the next treasure. There are four different treasures altogether. The last one is the princess, when you have her the giant himself will follow you down the beanstalk, and you must chop it down to defeat him. After rescuing the princess the game starts over with increased difficulty. 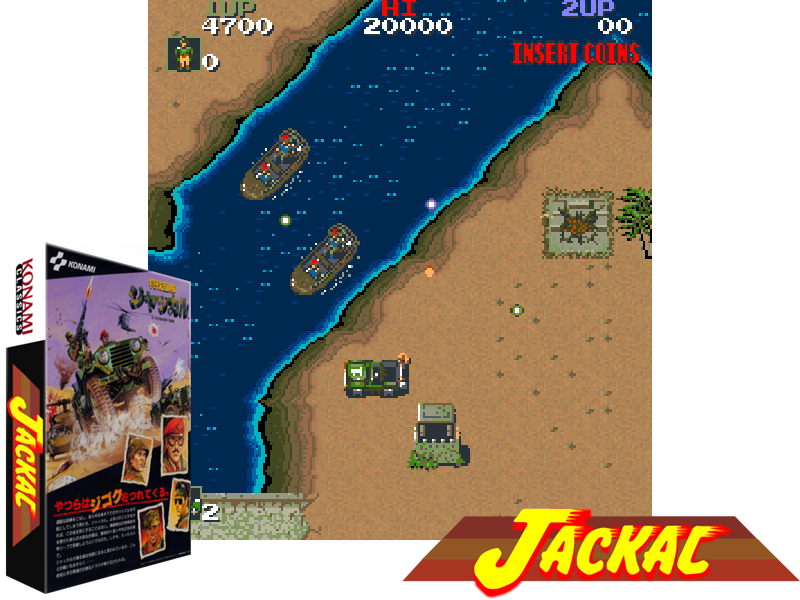 Jackal is an overhead view jeep game for up to 2 players. The controller moves in four directions, button A fires your grenades (upgradeable to bazooka) and button B your machine gun which ALWAYS fires to the top of the screen. Your mission is to locate facilities where soldiers are being held prisoner, rescue as many as possible, and escort them to a safe landing zone where they will be air transported away. After that, you'll need to fight a boss battle against the enemy to progress. 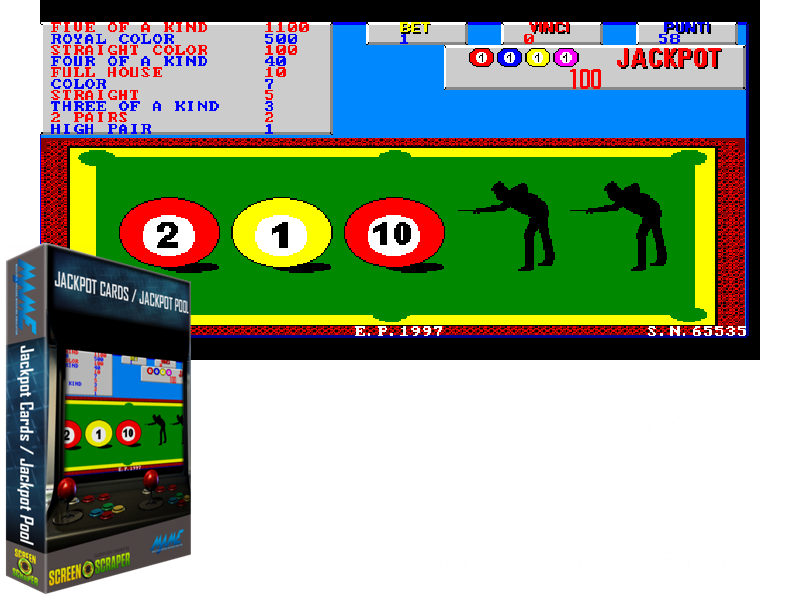 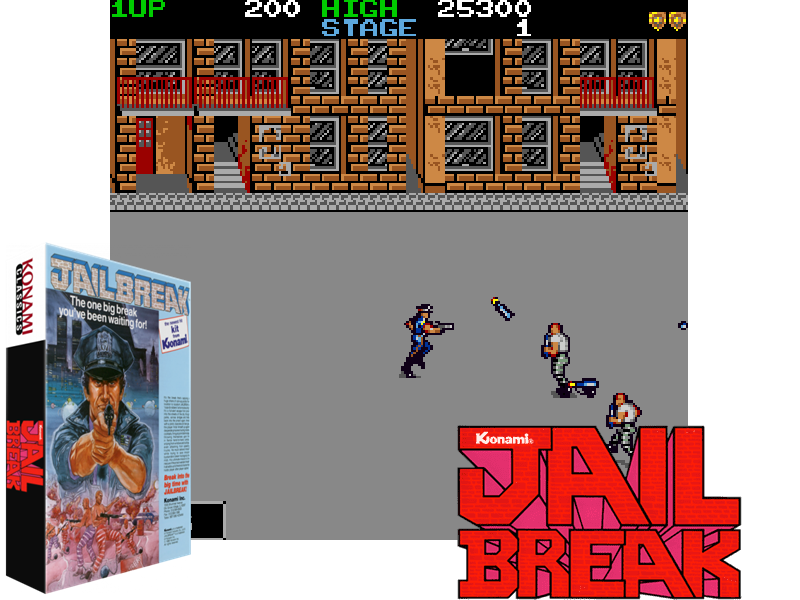 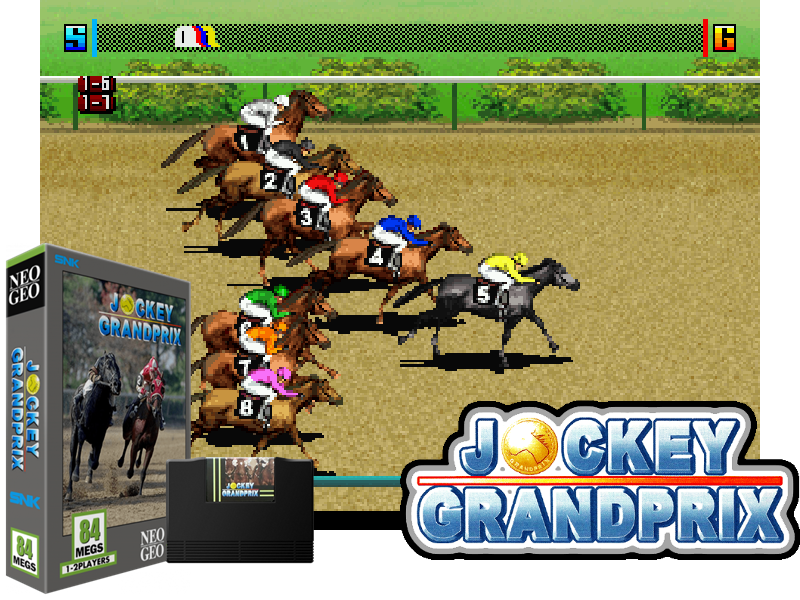 For this sequel to the sideways scrolling 1991 beat-em-up, "Caveman Ninja", Data East chose to eschew the former's gameplay and create a single-screen platformer with gameplay hugely similar to Toaplan's "Snow Bros.", released in 1990. 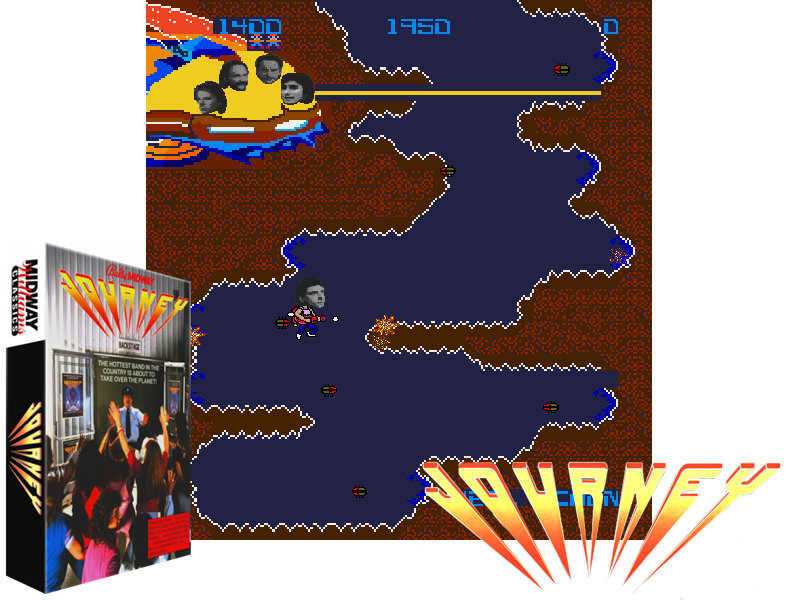