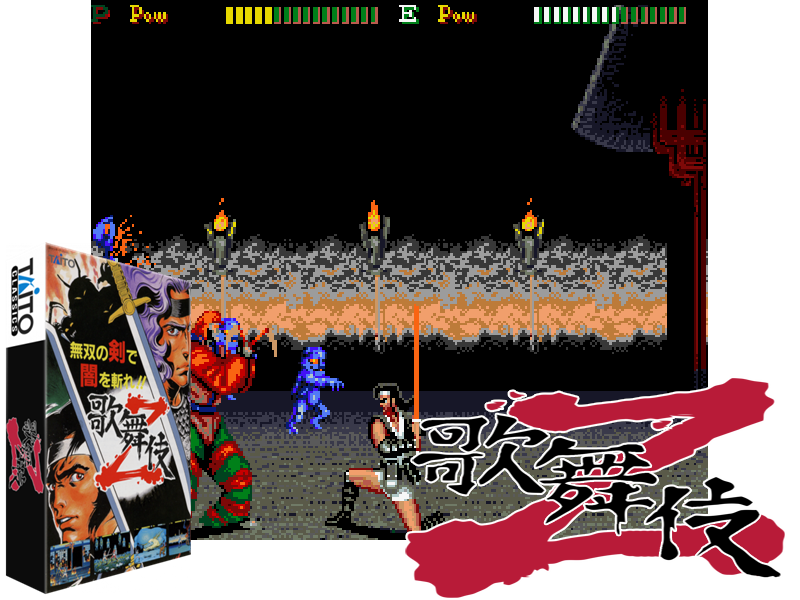 Control a samurai on 5 levels of slashing bloody action featuring a 'fatality' on each level's boss. 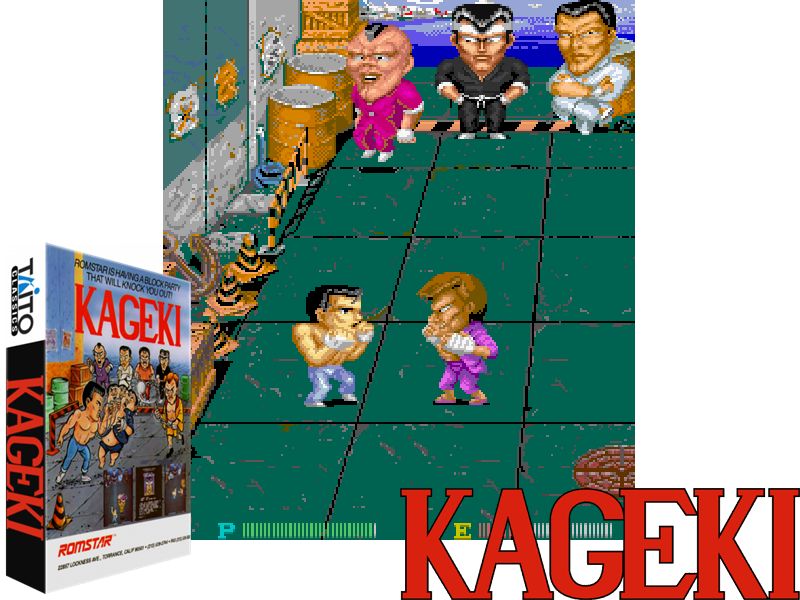 Kageki is a rather silly 1-on-1 beat-'em-up style affair against various gang members. 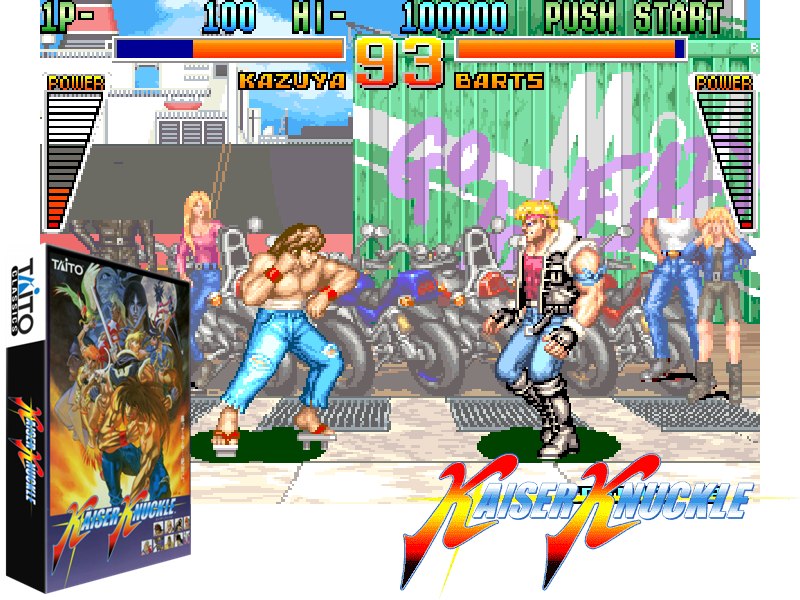 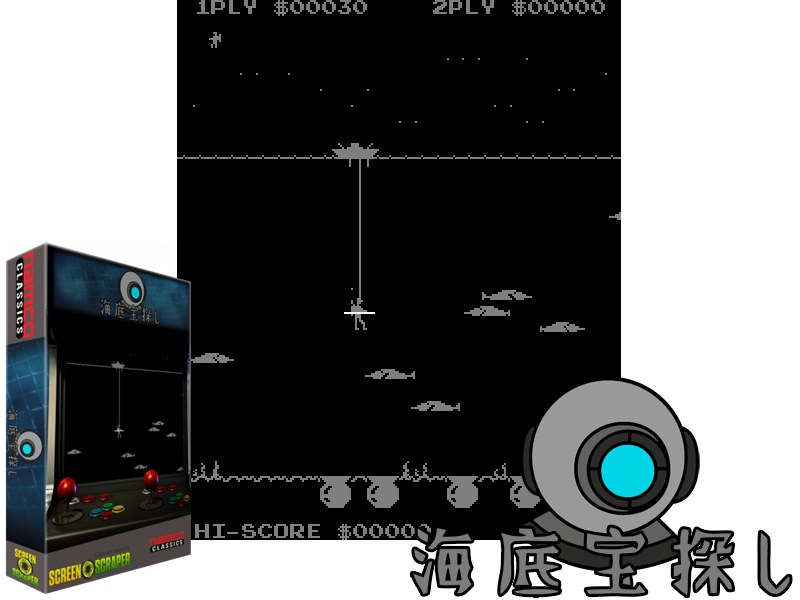 A boat lowers the player towards the bottom of the screen. Try to avoid the fish or push left or right to fire a harpoon at them. When at the bottom, if you walk over one of treasure caches, you will be lowered into it. Then you will be raised back to the ship (again, avoid the fish). 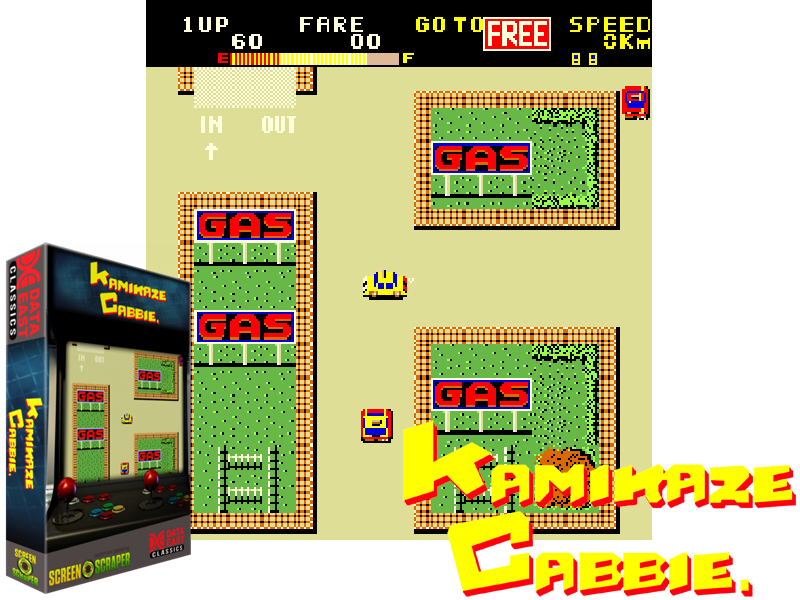 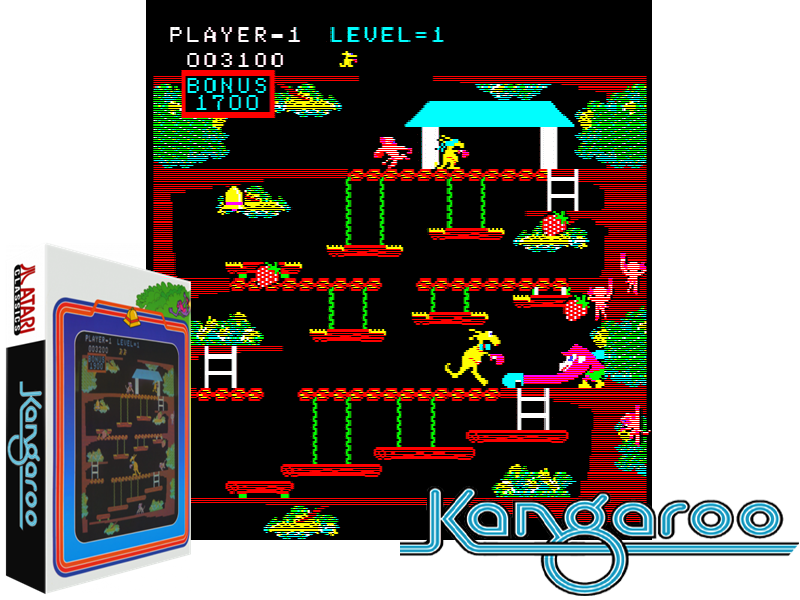 A platform game in which the player controls a mother Kangaroo who must climb through the treetops trying to rescue her captured son. Numerous monkeys, the kidnappers of her child, roam the levels set on stopping the player's progress. The monkeys constantly throw apples at the Kangaroo which must either be avoided (either by ducking or jumping, depending on the height of the approaching apple), or punched away, the latter of which allows the Kangaroo to punch the apple back towards the attacking monkey. If the player stalls for too long or does not punch either an apple or a monkey, a giant ape will appear and steal the Kangaroo's boxing gloves, leaving the player temporarily defenseless. The gloves are returned after a short time. Fruit and vegetables litter the levels and can be picked up for bonus points. Each level also has a bell hanging from one of its platforms, which can be punched to make fruit and vegetable items appear. The game consists of 4 different stages, once these are completed the game begins again with an increased level of difficulty. 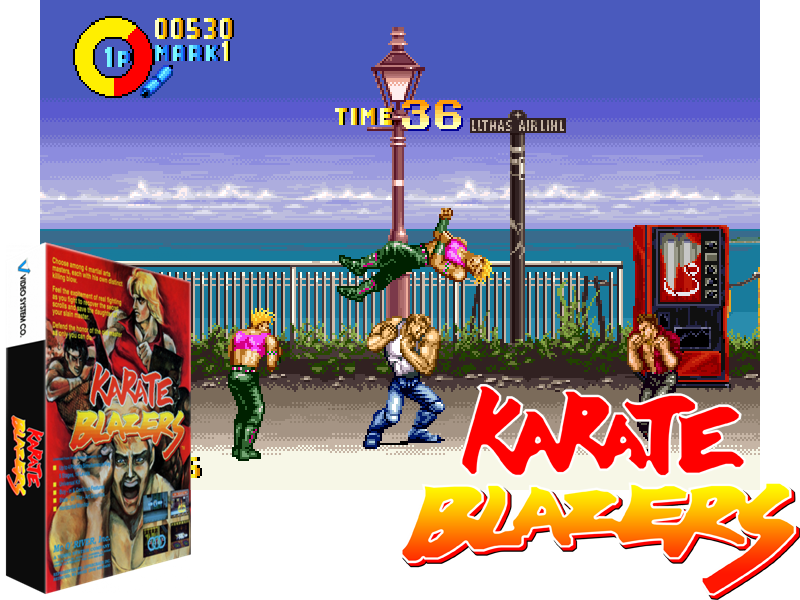 A horizontally scrolling fighting game for 1 to 4 players. Each playable character (chosen from Mark, Glen, Akira and Gil) kicks and punches their way through a number of enemy-packed levels. In addition to kicking and punching, each character also has their own unique 'special attack'; a move that injures multiple on-screen enemies at the cost of some of the player's health. While in no way original (drawing most of its inspiration from Capcom's "Final Fight"), Karate Blazers is both hugely playable and very fast and frenetic, with the amount of on-screen enemies at times overwhelming. The graphics are also well drawn and nicely animated. 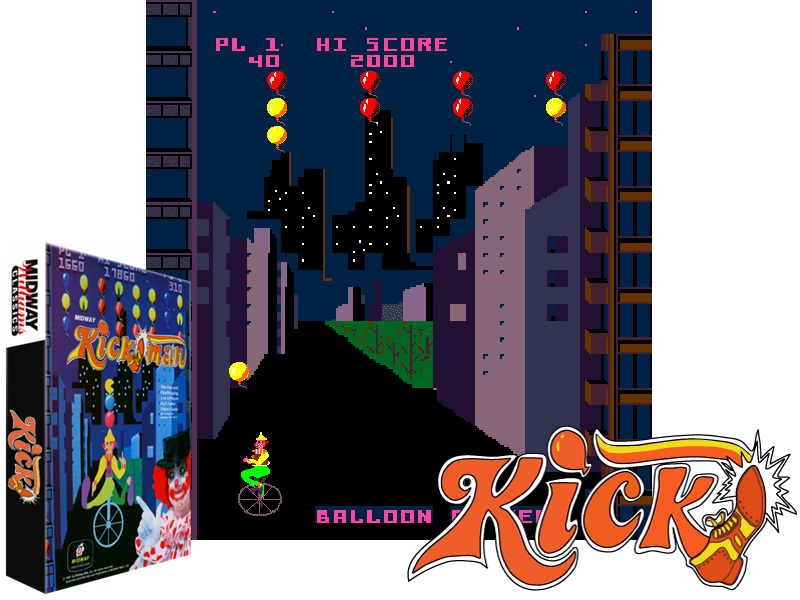 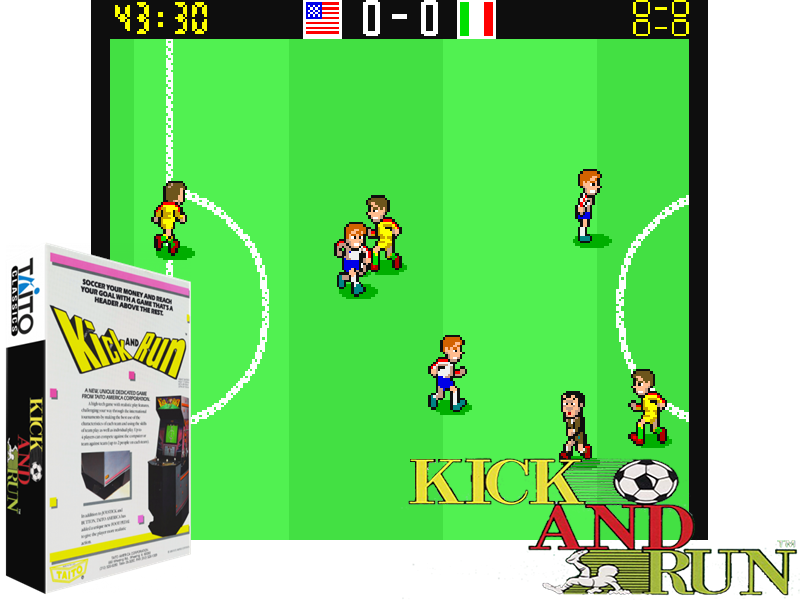 A football game where you can either play cooperatively in cup events or head-to-head. 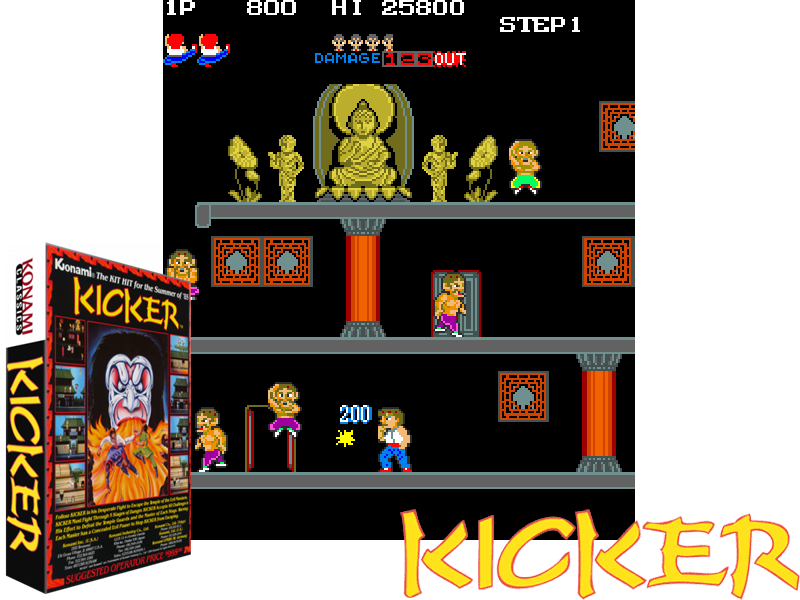 Kung-fu player jumps around multiple level boards, kicking opponents and collecting power-ups and bonus items. Player defeats by way of three kicks the board "boss" and advances to the next level.