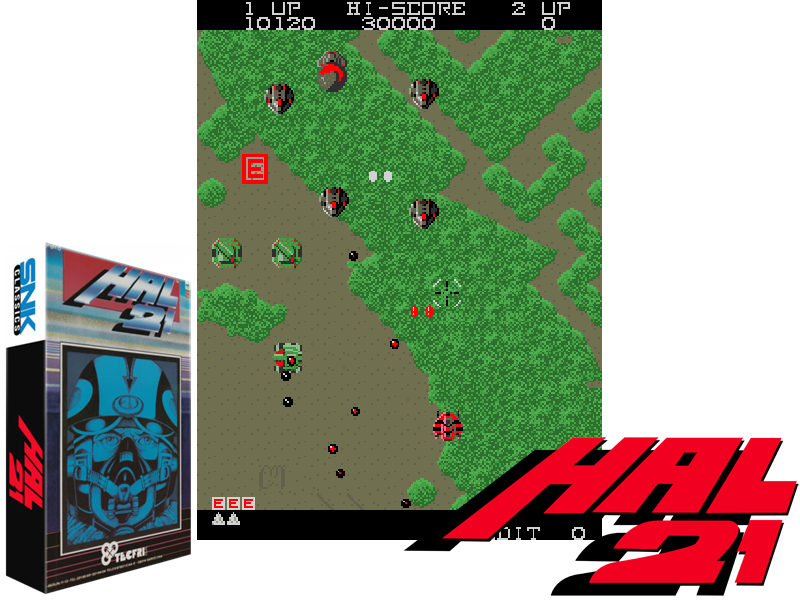 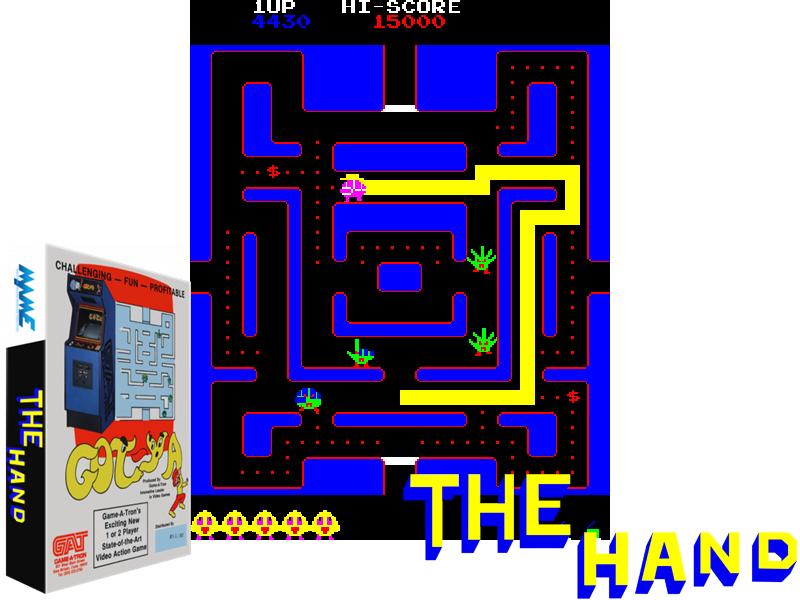 You are a 'Hand' and so are your enemies. Each hand can be Rock (A fist), Paper (Flat) or Scissors (2 fingers extended). Your job is to clear a maze of dots to move to the next level. If you touch an enemy and your 'hand' beats his, you win, otherwise you lose your current turn. 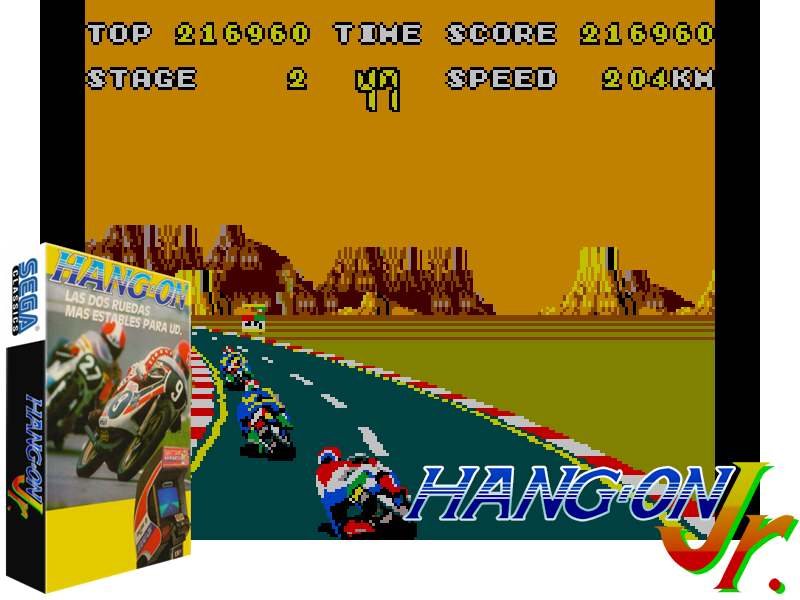 Hang-On Jr. is a cut-down version of its legendary parent, 'Hang-On Jr' features similar gameplay to "Hang-On", but is rendered in more primitive graphics due to the vastly inferior host hardware. 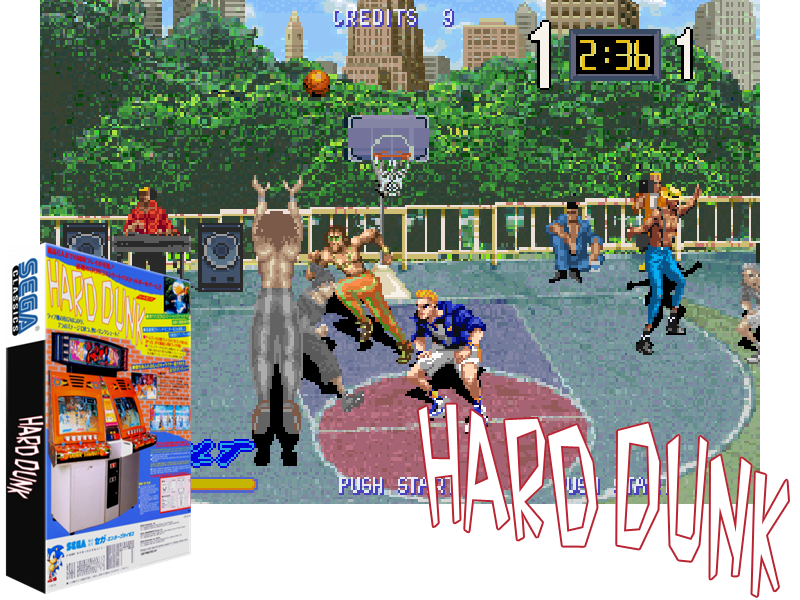 Hard Dunk is a street basketball game from Sega. 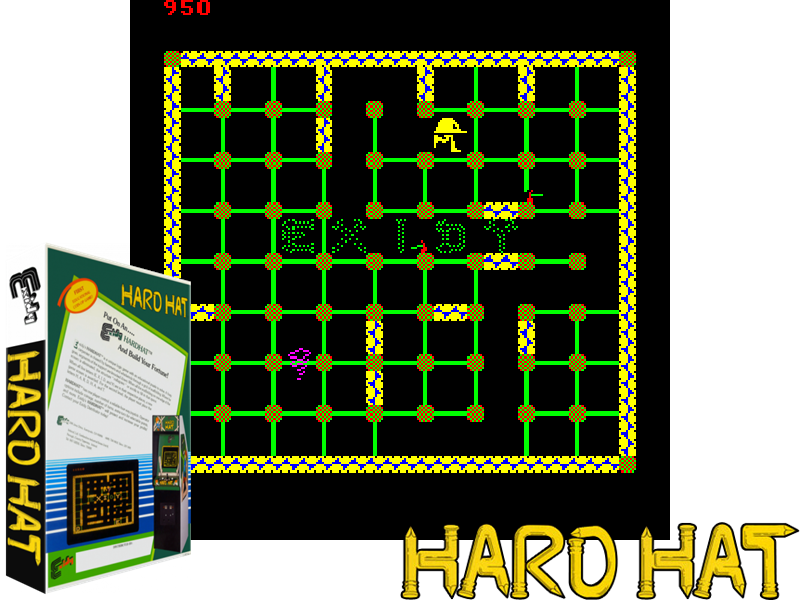 You are a carpenter and you are being chased by hammers and whirlwinds through a grid of scaffolding. You can move the scaffolding to move letters and spell EXIDY and HARD HAT. 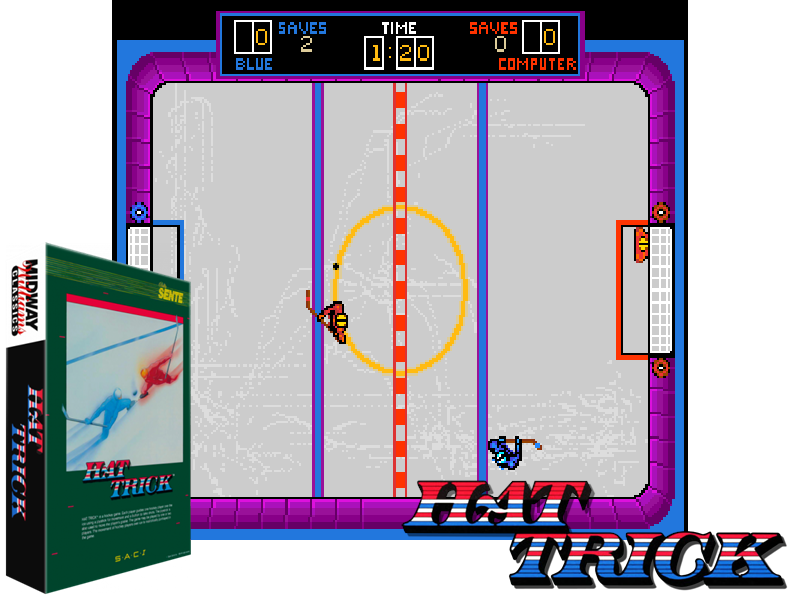 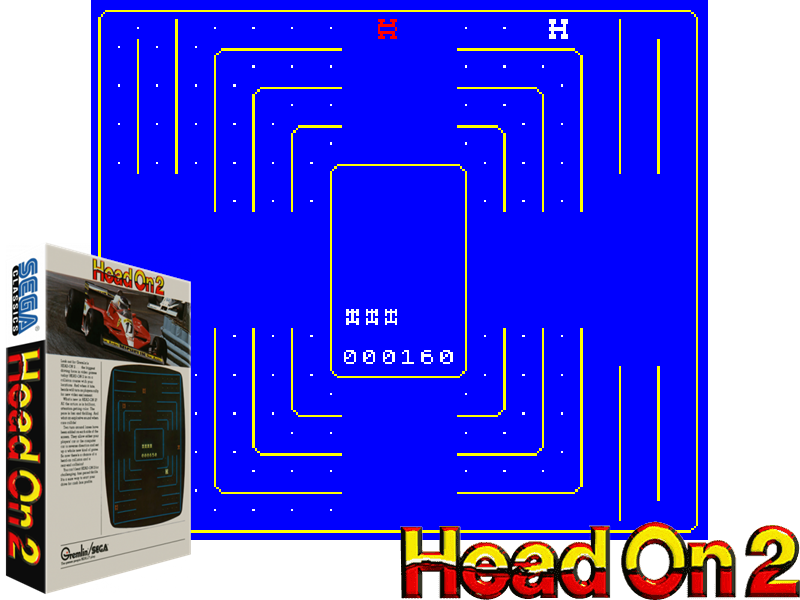 Head On 2 is a 2-D maze racing game. You control your car through the maze to pick up the dots while at the same time avoiding the car, or cars, that are constantly trying to ram you. Successfully get through one maze and many more await you. This is good practice for freeway driving in the big city. 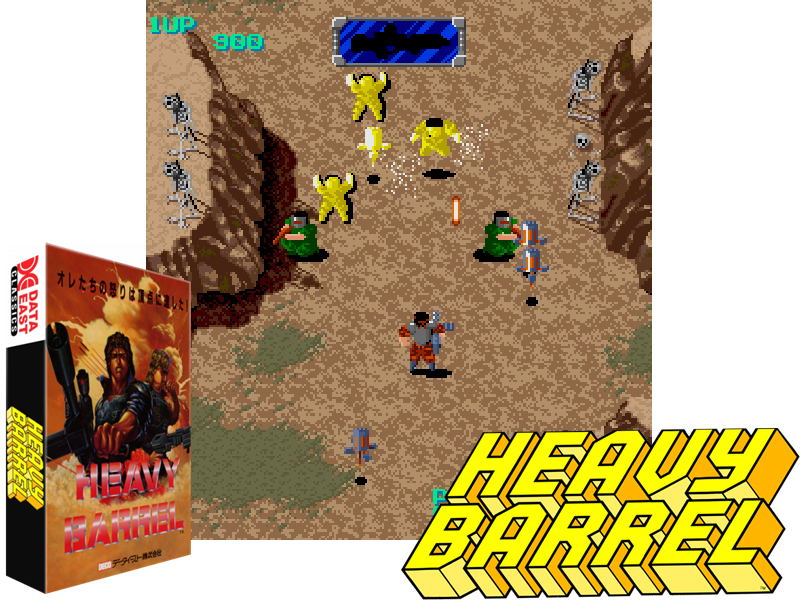 Heavy Barrel is a 1987 overhead run and gun arcade game by Data East. Terrorists have seized the underground control complex of a nuclear missile site, and it is up to the player to infiltrate the base and kill the enemy leader. Players begin armed with a laser gun with unlimited ammunition and a limited supply of grenades. Improved weapons and grenade powerups are made available within the game, either in plain sight or within crates that must be unlocked using keys. Additionally, crates may contain orbs or one of the six pieces of the Heavy Barrel superweapon. Like SNK's Ikari Warriors, the original arcade version featured 8-way rotary joysticks. The name of the game is from an in-game weapon. The Heavy Barrel is found in six pieces and is an energy cannon capable of destroying any enemy in the game with a single shot (except the final enemy, and possibly one other boss that may have required two shots). The weapon has a wide arc of fire and can be fired as fast as the player's trigger finger permits, but after thirty seconds its use is exhausted, at which point the bearer reverts to his previous weaponry. Best used to get past tough bosses, the weapon could be built several times in a single game (probably three or four times). In a two-player game, whoever collects the sixth piece is equipped with the Heavy Barrel. 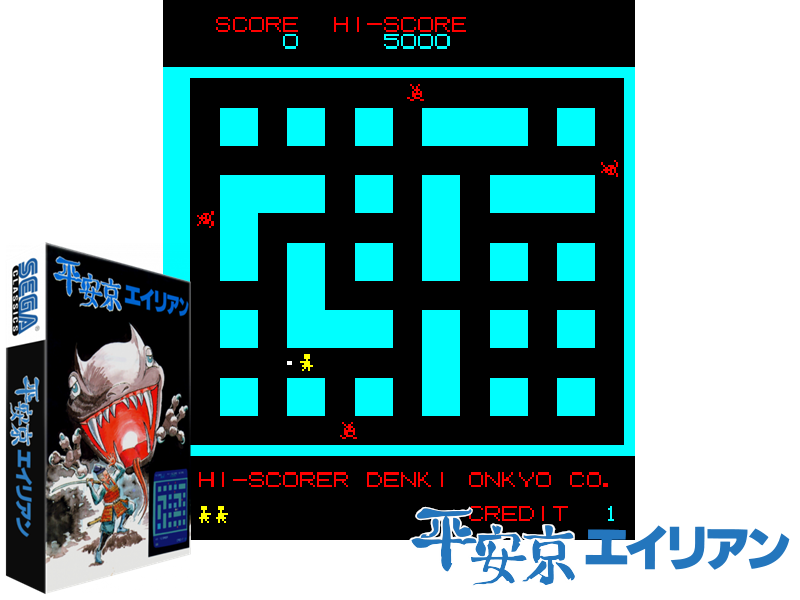 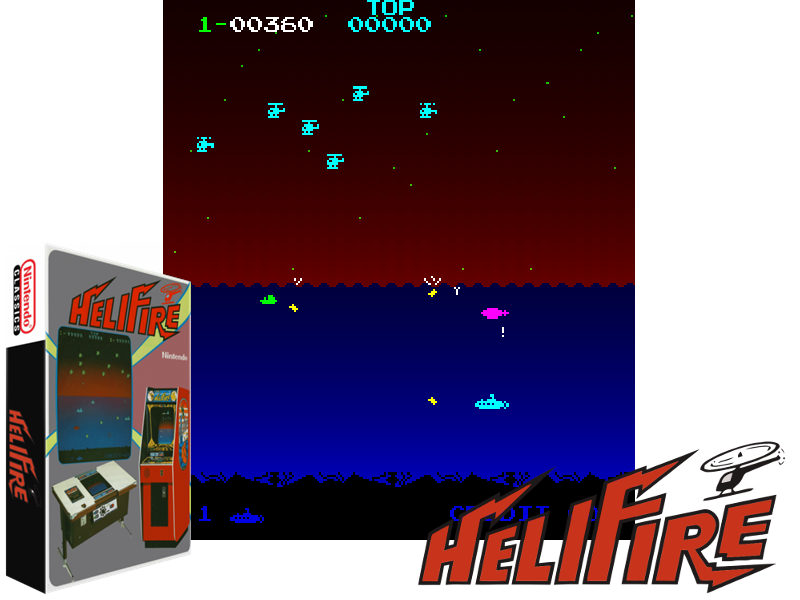 Take control of a submarine trapped and under heavy fire from helicopters above the water. Shoot as many helicopters as you can while also avoiding their bombs and other underwater hazards. The different colours of helicopter