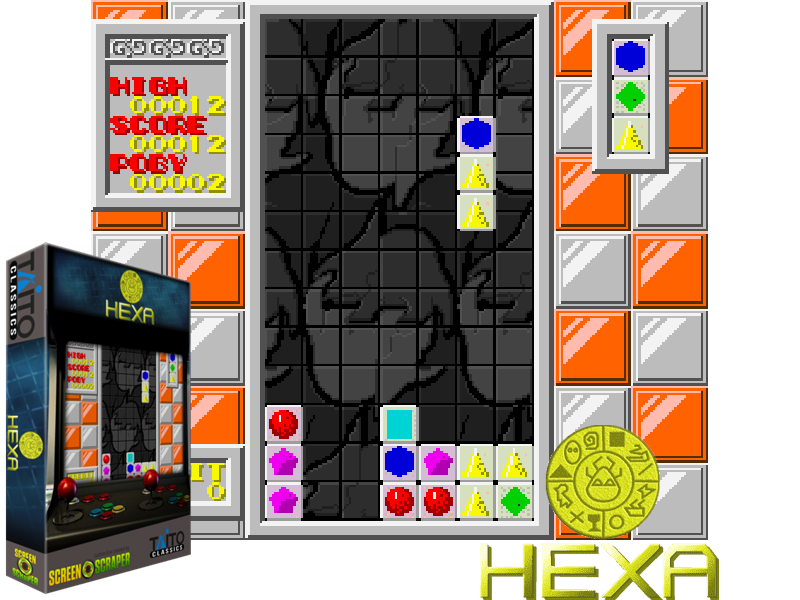 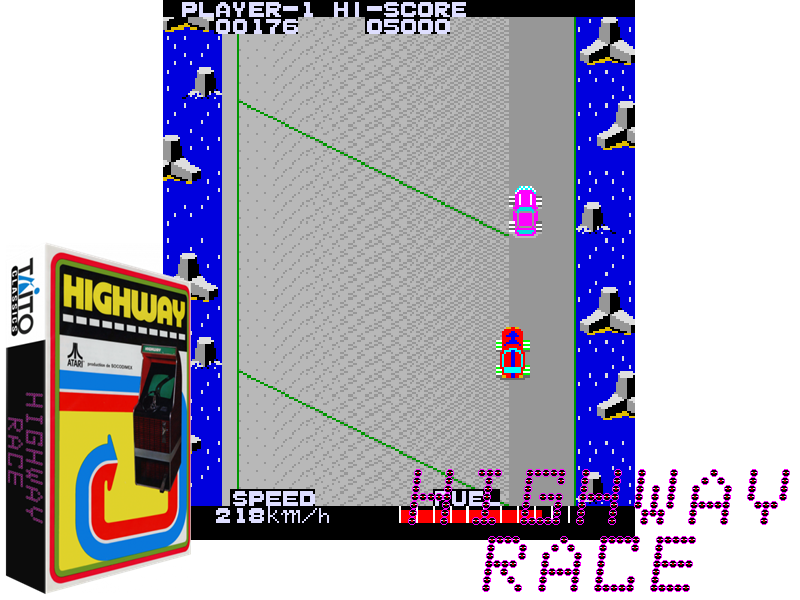 High Way Race is an overhead driving game from Taito. 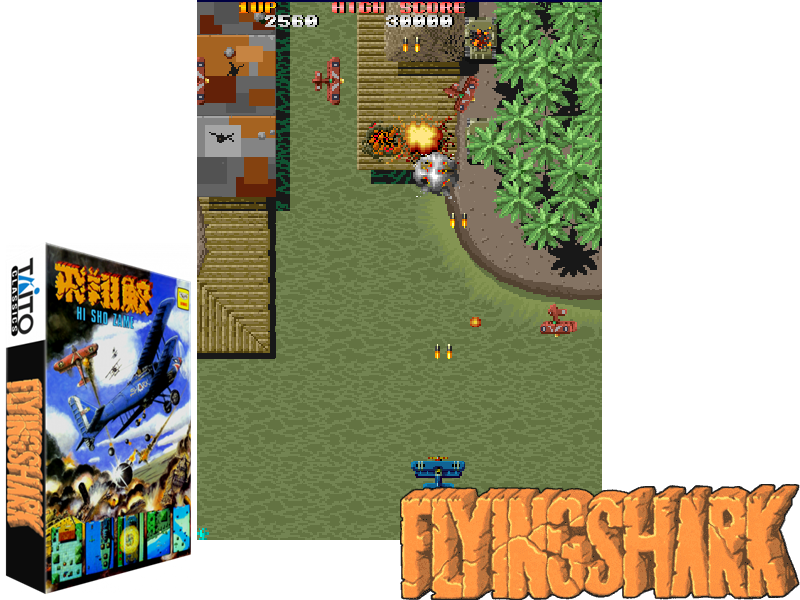 Sky Shark is a top-down shooter similar to Raiden. You start off with four lives and three bombs. With that (you can get more lives at certain point intervals, and more bombs can be found), you, the "Sky Shark" of your squadron, blast through five levels of enemy-infested battlefields with as many as six gun upgrades (Aside from the bombs and the gun upgrade, there are no other weapons to be found at all). Includes three difficulty levels and two-player support. 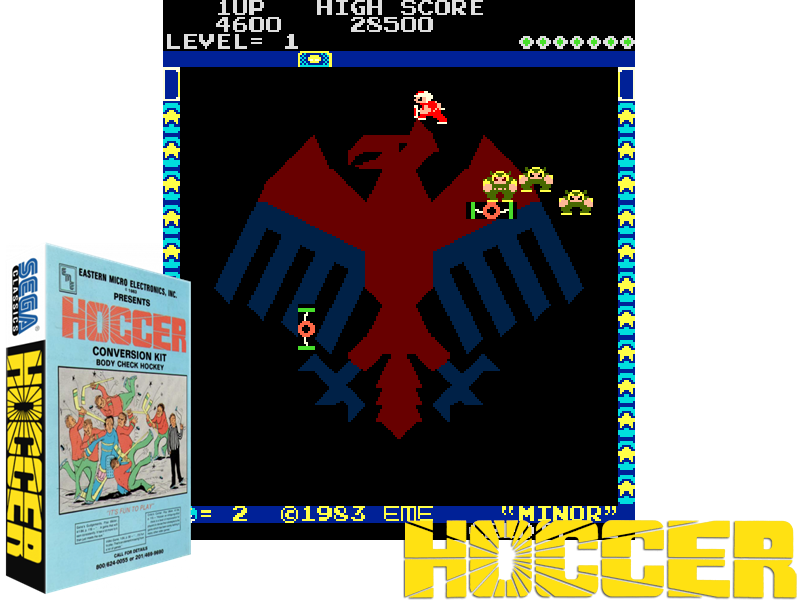 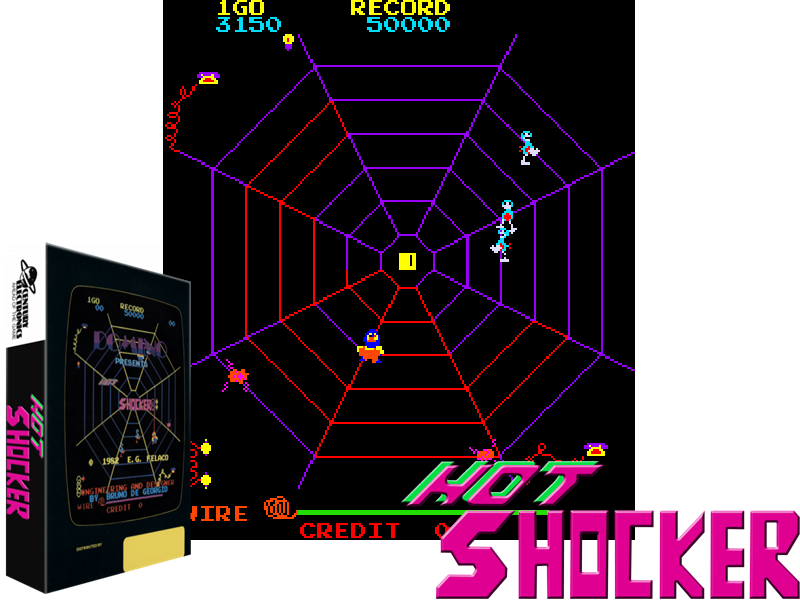 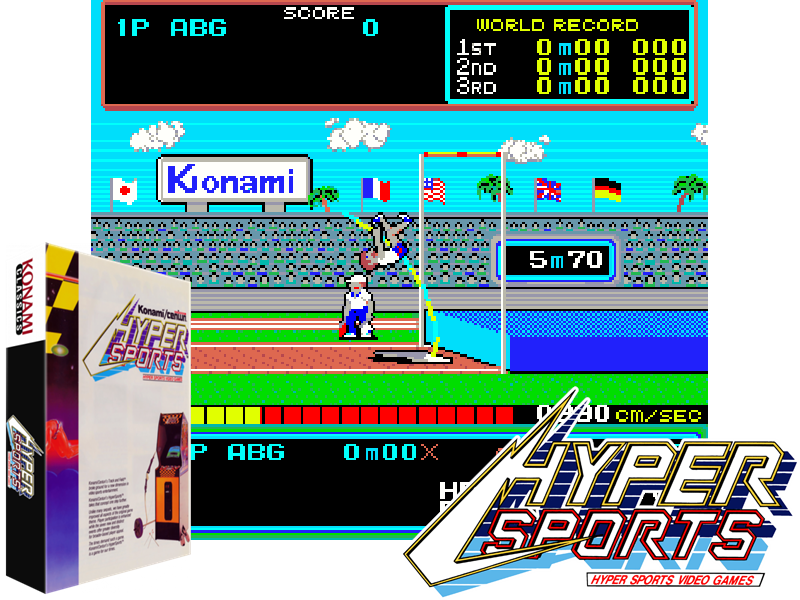 Hyper Sports is a multi-event sports game and is the sequel to 1983's seminal "Track and Field". As with "Track and Field", the game supports up to four players and is controlled by two RUN buttons (renamed GO for this sequel) and one action - or UP - button. Tap GO and player will accelerate, shoot or lift. Push UP and player will jump or shoot. The game offers seven different Olympic-based events, and players must achieve qualification in each event in order to progress to the next. Game is over if you fail to qualify in an event.