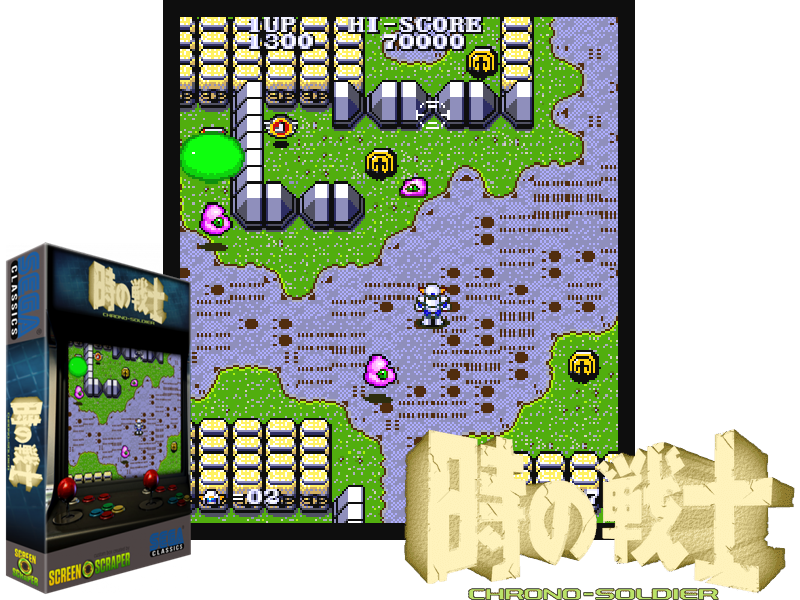 The title of this game translates from Japanese as 'Soldier of Time'. 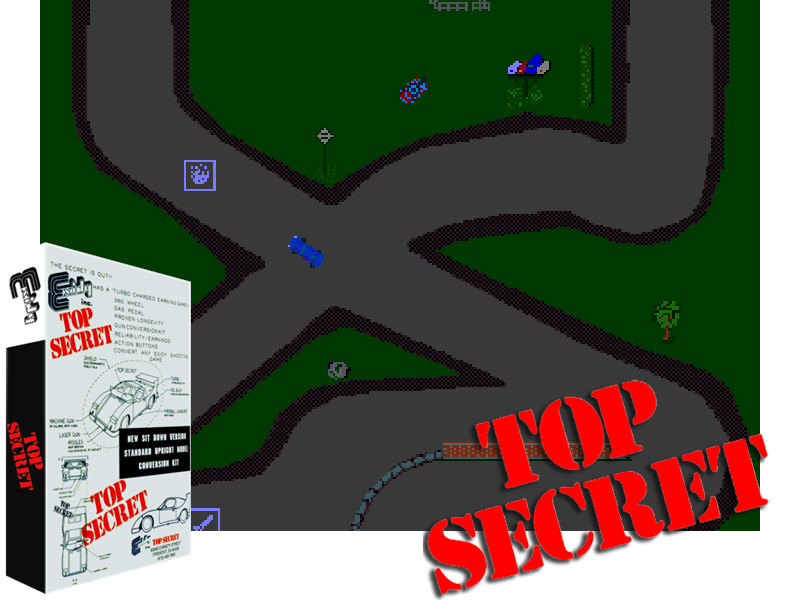 Steer your spy vehicle through enemy territory, destroying enemy units and obstacles with a large arsenal of different weapons. Extra weapons can be picked up during gameplay. 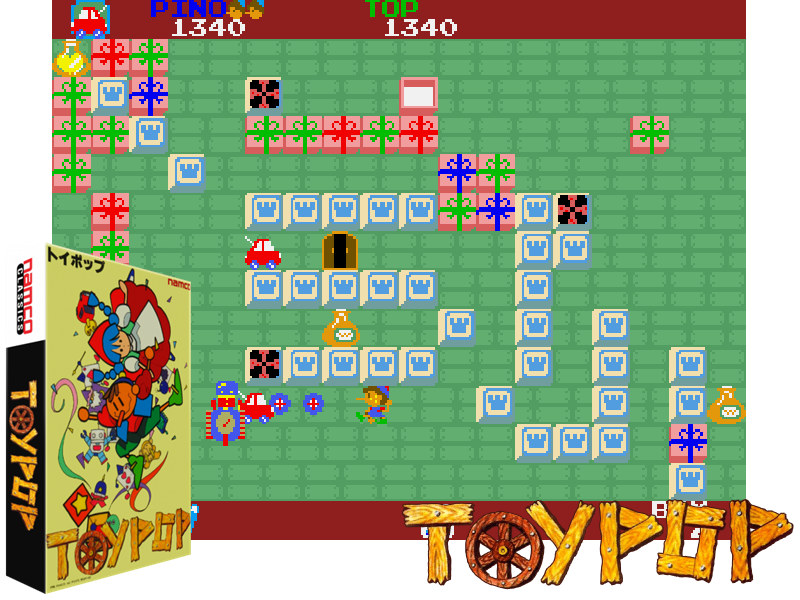 Two dolls, Pino and Acha, have gone into a castle to save their friends who have been kidnapped by the witch Majyo. Toy Pop is a top-down multi-directional shooter that can be played both single-player or with two players simultaneously. The players venture through 44 floors, collecting four gold hearts contained in jars on each floor in order to open a doorway to the next floor. Once you open the exit, you need to hurry as the room will begin to close in around you if you wait. Along the way, the players must open gift-wrapped boxes, concealing weapons, and score-increasing bonus items; these various weapons are used to defeat several different varieties of enemies, including toy soldiers, wind-up cars, balloons, and so on, with many typically vulnerable to only one type of weapon. Some of the boxes also contain punch traps that can stun you or time bombs that will blow you up if you do not get away. If hit by an enemy, you lose your outer clothes and are reduced to underclothes. If you get hit again, you lose a life, but you can look around for a new set of clothes. 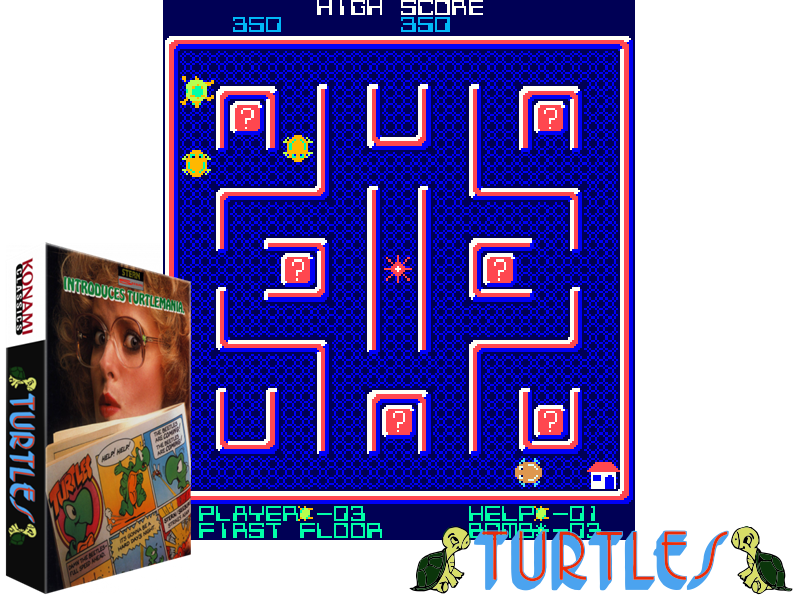 Help the turtles carry their babies to safety. Watch out for the evil beetles!